I would like to collaborate or work with other like minded individuals that share the taste in movies, games music etc. Whether or not you have a  blog/web site, is unimportant, though I would still like to have some kind of community focus, where we can  build an alliance of web pages. If anyone is interested in writing/drawing, whatever the case. Please get in contact with me. And lets see what we can accomplish as a community. I get kind of bored with sharing and trying to inspire myself alone. I want to see some others offer their opinions and ideas.

So if this sounds something of even remote interest, comment or email me.

I have never been a huge fan of Mayhem, sure loved the old classics like Chainsaw Gutsfuck and the mega opus Freezing Moon, and of course the extensive lore and fascination with bands history. But I will be the first to admit that I don’t necessarily care too much for their music. I say this all because I was surprised when I listened to their new album Esoteric Warfare. To me this is a very unique and unparalleled in concern to their older material. I know this is of the utter most blasphemous diatribe to be uttered, considering the elitist kvlt vibe about this, and trve black metal. But I like to consider myself somebody who is grounded in reality, and does not put myself into a corner when it comes to music.

The album just plays out with odd sounds and melodies, sometimes simple strings played out to some ominous background whisper. I especially like the track Trinity, which includes a sample from J. Robert Oppenheimer, giving his speech which includes the lines, “Now I am become death, the destroyer of worlds…”, chilling speech and the songs just commemorates the destructive and hell bent nature of war and atomic bombs, wiping out cities. The negative nature just find itself so appealing. Then you hear sirens amidst the song, just to add an uneasy feeling.
The overall sound is really hard to describe, it’s often odd time signatures, multiplied by the agonizing screams of the vocalist. Little distinction and direction, just a off the wall, wallop bashed against the wall. I have given this album a considerable amount of listens, and it still has appealing value to me. It’s just ominous and chaotic blend of mismatch in sounds. Esoteric indeed.

One thing that cannot be emulated is the vintage quality of older films, sure you can deteriorate quality to branch a similar view, but we are all none the wiser to tactics as such. I bring this up, because film makers like Eli Roth, Quentin Tarantino and Rob Zombie all have this love for old classic b-movie, sleaze films. I cannot stress enough the interest, that I also have for films of the past, particularly in the regard to vintage cinematography. If you’re wondering what the hell I am talking about, do yourself a favor and go watch the original Texas Chainsaw Massacre, Cannibal Holocaust or the first two Evil Dead movies, all of which display accurately what I am talking about.

The movie that I am going to discuss today, is Eli Roth’s new Green Inferno, a homage to Cannibal Holocaust. The movie begins in such a way, that you gain a interest in the roles of each character. Much of his films, I think develop a interest in the characters, so that it is all the more painful to watch said characters getting butchered. And he follows this formula hook line and sinker. Our character of interest is Justine, a college freshman, who is interested in “causes”, all of which make her feel better about taking a stand against the viles of reality. So she naturally gets involved with a group of social justice warriors. The intention is to exploit the destruction of jungles, by using their phones and satellite link, to expose the ravaging.

I like the idea of the exploiting of persons who are interested in “causes”, and they are more interested in getting their name out in social media. It’s like doing a job, and then somebody pays you to take credit for your work. It’s all about blind dedication. So with this in mind, it wasn’t terribly painful for me to watch the killings of this group. Albeit, you never really get to know any of them except for Justine. But one thing that does come into fruition is the evil intentions of their “leader” (I don’t know what to call him?), a selfish instruction, for profitable gain.

Let me get into focus the main interest points I had in expectation of watching this film. First being the gore, I was enticed to see what modern film can do to a brutal movie like this. And I was rather disapointed, I see nothing here that could be a “trump” or 1up, in comparison to the original Cannibal Holocaust or really any other prolific exploitation, or sleazey b-movie. Don’t get me wrong it does have some pretty unique and terrifying displays but they are all rather mundane, when filmed in a hollywood mass media appeal. As I mentioned earlier the ingredient to an Eli Roth film, is to get yourself semi attached to the characters, and then find yourself guilt ridden when you see them devoured by death. Much of what people say nowadays about movies like this is “torture porn”, or whatever the hell you want to name. I personally think that is silly to say, considering there is next to no nudity in this film, yes you might peep a nipple, but even when in distress by the cannibals, they still manage to keep just enough clothing to void any really nudity.

One thing that I found interesting about the movie, was that the characters find themselves in some pretty shameful and taboo situations. For starters the bathroom scenes in the jungle. You will see a girl have a diarrhea fit, and a their noble group leader try to rub one off, while sitting among his traveling crew. Little things like this, are not necessary, but he included them, to keep a level sleaze I think. Something to emulate the films of old. In ‘Cannibal Holocaust you would witness some very human situations, that were not shy about getting in film.

Well, I don’t know if I made a coherent enough review, but in closing, I have to say that I was disappointed with Green Inferno. I respect Eli Roth for his interest in the b-movie classics. But he garners no real appeal or value, when trying to stand toe to toe with the classics. He fails miserably in trying to deliver anything even remotely commendable, it just downright spirals into shit. There were some elements to like about the film, for me the most important was the exploitation of social justice groups. Much like hipsters, if  not to join the two together as is… the whole idea of these groups just makes me fucking sick. And if cannibalized, it leaves little on my conscious to witness. So in closing, the movie is entertaining enough to watch, but as far as trumping or even developing a cult status, it definitely is not in that caliber. It comes off as very unauthentic, and almost trivializes any serious effect.

Sorry to disappoint you, but there aren’t any suicide pics on this blog. I think because of one of my posts linking to a picture of the notorious TUBGIRL, I have gained a bit of attention from the sick and deprived. I really have a hard time gauging the viewership of this blog, if any. All the same it’s pretty humorous to me. Maybe I should just align a search string of all of the sickest and weird stuff, to get disappointed visitors. Oh well fuck it! I am finally going to see Green Inferno, the Eli Roth homage to Cannibal Holocaust. Adios amigos.

[GAMING] Splatterhouse 3 for the Sega Genesis 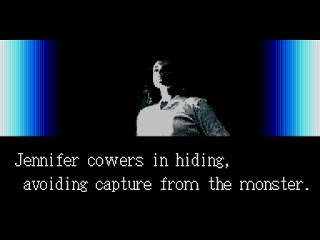 Splatter House 3 is a side scrolling beat em’ up for the Sega Genesis. It’s the predecessor to the games before it, yet a precursor for the new game on the Xbox 360 and Playstation 3. The nature of the game is dark and atmospheric, a bit of Friday the 13th and Michael Myers. You lead the battle as a character named Rick, who seems to be possessed by a mask, that is like a separate personality from himself. He wants nothing more than to rescue his wife Jennifer and son David, from within a mansion that is riddled with all kinds of demons and apparitions, monsters etc.

The difficulty of this game is pretty stellar, even on low difficulties you can easily get your ass handed to you, if you’re not wise to getting drops, particularly books which will give you an extra life. It’s important to be well stocked on lives because you’re guaranteed to be dying a good deal. Other power ups, include hearts which give you health, and there are little blue orbs which will assist in your power up, where Rick gets all super buff and goes beast mode. I believe if you play on the hardest difficulty, “game master” you will gain access to extra levels known simply as “Stage X”, this is the best opportunity to score on books (extra lives). 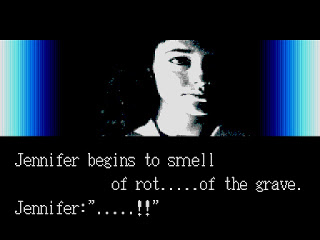 You will navigate through a mansion, where you can look at the map when you complete particular room. This will help you get to the boss in the fastest route possible. After all the game is timed, and if you’re too slow you might miss out on saving Jennifer or David. In the best case scenario, you rescue the both of them and get the “good” ending.

What I like most about this game is, as I said before the atmosphere. It just has this dark and eerie vibe about it, and it’s insane to think this is old Genesis game. I remember playing this as kid, and those cut scenes scared the ever living shit out of me. To this day, the whole package they put together runs very well, and is unparalleled by other games at the time, and even today. I could compare this to, the first Resident Evil game, where they opted for live action fmv’s. There is something about that, that just works perfectly. 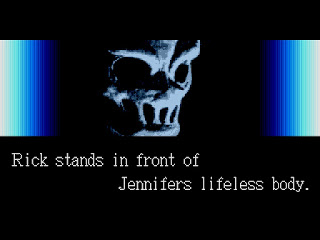 As I said before, I played this game as an adolescent, so it does have a particular nostalgic piece about it. But I can be for certain, had not played it as a youth, I would still find its dark and eerie display charming. I have made the claim before, that Sega showcased some of the darker and sicker kinds of games, stuff with more of an adult vibe about it. This game in particular represents that very well. 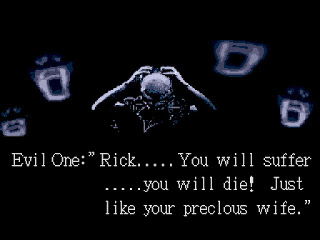 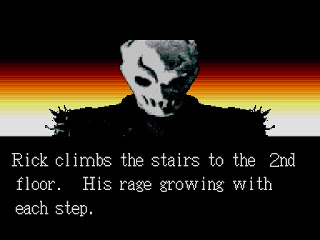 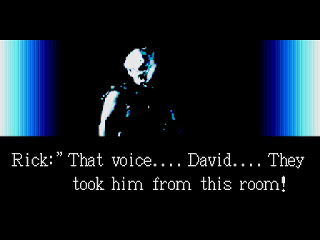 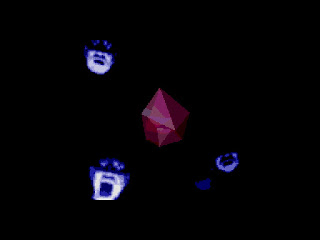 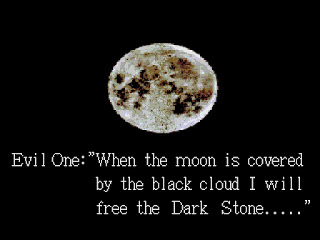 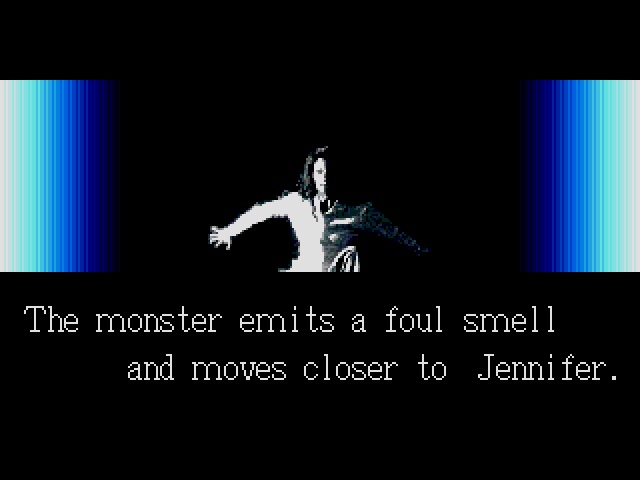 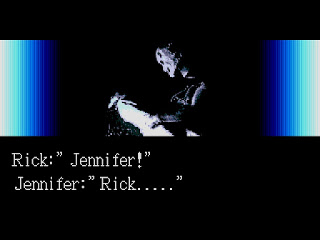 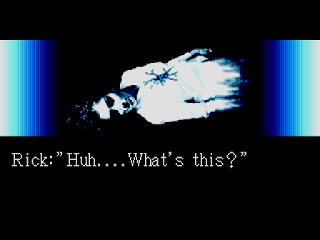 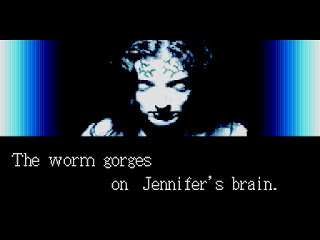 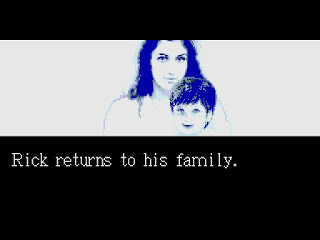 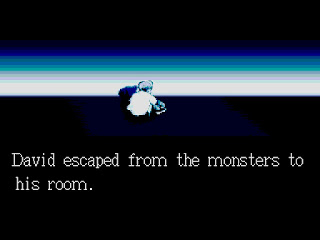 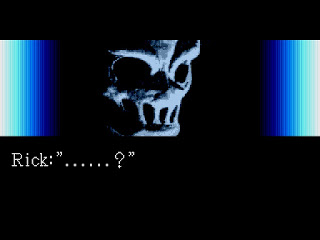 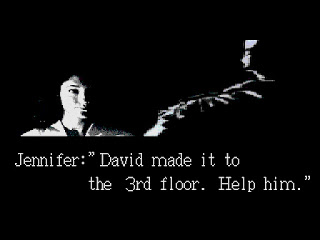 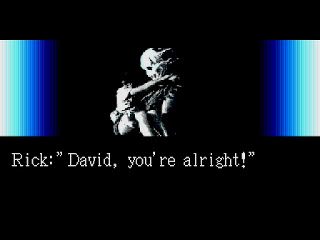 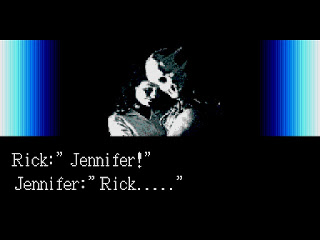 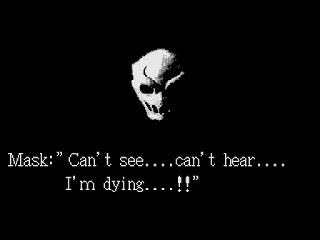 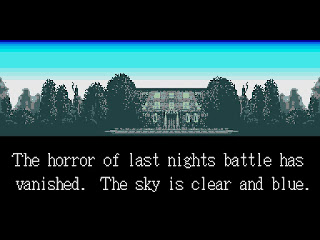