Updates have been pretty slow for the month of March, being homeless and uninspired dragging me down. Anyways I wanted to share a unknown band I used to listen to all the way back into the early 2000’s. The band is named Purgation, and not to be confused with a death metal band from Kolkata with the same name.

Anyways they are a doomy metal band with clean vocal styles. I have listened to a sparse  amount of bands that are in this same variety, most notable would be Abdullah. The more known groups in this genre are good, but their consistency and ability to rationalize a sound that is both evoking and strongly despairing. Why would somebody fall deep into a pit, anger and despair are the responses. Purgation is a group whose message is of the christian variety, but it’s not in a preachy kind of way. Although I am certain when he says “will we wake up…”, off the track Slumber, he isn’t talking about literal sleep, but overcoming an impending doom for those who disbelieve in the faith.

Its simple, its angrily sang, nothing special in the guitar sections or drumming. But in most cases for me its typically the simple in style, who capture the most atmosphere and evoke emotional response. When I found this band, it was like a needle in a haystack. There is absolutely nothing about them on youtube, fortunately archive metallium had a page on them, and I was able to do more elaborate searching. After searching around, I came across their myspace page, and it has their EP in entirety so I am just listening to this, and thinking about the past.

Well nothing great, probably will be less updates for a while, being homeless and uncertain where I will be staying at, makes thinking difficult. I do have a laptop, and plan on making updates soon. 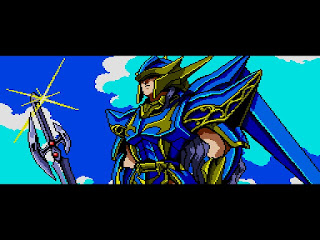 Lords of Thunder is a horizontal shooter, for the Sega CD. It is a fun and worthwhile game, and for those fans of shmups who don’t make the cut. As far as surviving and feeling a sense of accomplishment when you play, this is the game for you. Consider this title a shmup with training wheels. It is essentially one of the easier shmups to be brought upon us. And considering the amount of shmups that I’ve played, this is hands down the easiest. And I might as well clarify, I am speaking of the Normal difficulty setting.
The game plays well, a lot of the bosses are really cool to look at. Some of the levels come off as repetitive and kind of generic in style. As I said before the bosses are done well, and are great to look at. But where they excel in style, they fail in sustainable and enduring play style. Let’s face it, most of the bosses if not all, come off as pretty lame. I am all about being able to complete a game, but I feel a sense of failure if the game doesn’t respond with a harsher reality.