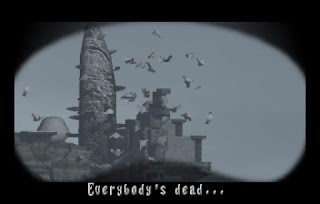 At long last I finally beat Panzer Dragoon Saga, a long time coming but I finally did it. I do have some minor criticisms and a few resolved issues. The game is definitely not nice and polished like Final Fantasy 7, I do not see any comparison between the two as far as content and storyline, but I use FF7 only because I consider that the best rpg on the playstation, Saga being the best on Saturn. With that being said, the FMV’s are a lot nicer to look at on the PS1, and background imagery on FF7 is a lot better, it really brings to surface that although the Saturn can run 3D games, its strongest quality is in 2D games. With all that being said, to me Saga doesn’t really shine and show its ability until the end of the game. Though its 3D abilities not being the best, you will be impressed with what the game can do later on. 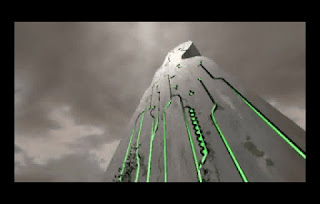 Something cool is that at the end of the game it tally’s up your score. And one thing I found interesting is it has a “spirituality” piece, and I think that is attributed with how many people you speak with. The game has a lot of detail and ability if you’re willing to look past its muddied up graphics. I am sure some will defend it, in regards to graphics, and although impressive you can obviously see it cannot accomplish with what the PS1 can do.

Graphics aside the game was definitely a great experience. Sure I found myself yelling at the screen when you have to enter different floors and find keys to unlock. You will find yourself setting off alarms fighting routine enemies and just repeatedly entering same areas and running in circles. That aside it did add a nice element towards the end. Speaking of the end, I was really surprised at the amount of enemies you face. I was thinking that there would be a lot more to the end boss battles. Instead you fight several different dragons all with different attributes and qualities. And then you’re proceeded to face the end boss, which is a mess of a creature. I was thinking that he was the prelude to the end boss. But nope, that was it. A sigh of accomplishment that I finally beat the game, but also a bit of disappointment there was no more boss battles ahead. 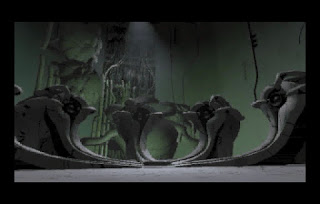 Overall I cannot recommend this game enough. It to me is one of the, if not the most unique RPG to come out. The boss battles, the moving of towns. Everything about this game is fine tuned. I know I made a gripe about the graphics, but trust me, make it to disc 4, and later on you will see that the saturn can pump out some amazing graphics and features.That’s about all I got for ya. Get this game and enjoy the best rpg on the saturn.

One thing I forgot to mention is some of the architecture and designs in this game, are absolutely amazing. Some of which remind of HR Giger. Very unique.