the mighty saturn – a behemoth of possibility

When I look back into my childhood, I remember getting an NES console for christmas. I played a lot of super mario 3, milon’s secret castle, Astyanax, and believe it or not mad max. I was really into gaming, even though I royally sucked at games on the nes, I still found many good memories and fun with that console. It wasn’t until later in grade school that I admired the sega genesis. I remember some neighborhood friends had actually rented a sega genesis console, with battle axe. I was sold, even more so when I saw friends with games like Mortal Kombat and Splatterhouse. I was a fiend for violence blood and gore in games, even though I was a complete wuss when it came to horror movies.

I guess with all this being said you would think that I would have become some kind of nintendo loyalist. The opposite is true. When I was young, I took the time to submit one of those questionaire cards that was included with a game, not thinking anything of it. But a month or two later, I was now receiving Sega Visions magazine in the mail, the deal was sealed for me. I enjoyed the hell out of anything Sega. I thought of the Sega systems as the black sheep of the family, it was the rebellious one. It didn’t hold back punches, it just rode on in a destructive path, and I was one not wanting to be left behind.

To put things a chronological order, it would begin with an NES, then I had a sega game gear. Later down the road I finally talked my mom into buying a sega genesis, it came with sonic spinball, which I remember being pretty lame. Well the nes was collecting dust, and I had my sights on the sega cd. So I brought paper sack full of games and the console and I shelled out the cash for a Sega CD. I remember wanting this console so bad, because I wanted to play the infamous Night Trap, a game that garnered a lot of attention for its adult content, I think more than anything I was hoping to see some boobs in a video game. I had a lot of good experiences with the Sega CD, loved playing Willy Beamish, Vay, and hell a lot of others that I cant remember. When I got a bit older and realized the awful catalog of games belonging to the sega cd, I started to anticipate the sega saturn. 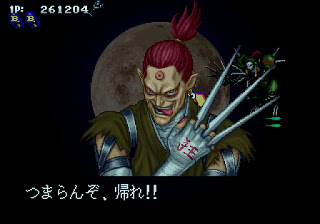 In a duel between saturn and playstation, there seemed to be a favorable interest in the playstation. But there was definitely an anomaly surrounding the saturn, that I found myself missing with the playstation. Yes if ranking a system based solely on sales, and 3rd party support and overall commercial success the playstation mops the floor with the saturn, there is no competition. The playstation was about 25-30% better in 3D graphic games, but was at an equal disadvantage in regards to 2D games. This is where the saturn really showed its true potential. And garnered significant success overseas.

Undoubtedly I consider the saturn to be my favorite console of all time. To me it blended together superior 2d games, in contrast to the genesis, but it also had the ability to produce 3d titles. Of course 3d graphics not being its strongsuit they were still available on the console. To me I love retro gaming, I always have, ever since the new school of gaming systems, pumping out 3d titles with superior graphics, and still finding an empty space. I think with the exception of titles like Dark Souls, Demon Souls and Bloodborne. I have  marginalized myself in a category of gamer that belongs to the old school. And with that said there is no other console that catches the essence of old/new school. There is just too many unique titles on this system, to not appreciate this console to the fullest.