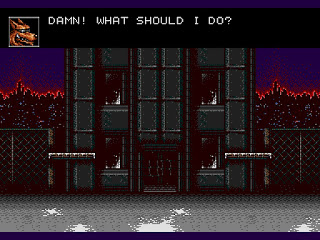 One of the most difficult, challenging, yet ironically fun side scrolling/platform I have played is Contra Hard Corps, its name very fitting considering the difficulty this game encompasses. Right from the start you are thrown into a fast side scrolling moment, into the next, play with two people is especially hard because you have to keep up with one another, otherwise the screen will take you out in a sweeping death. This was a title the Sega Genesis desperately needed, having a long history of Contra titles on the Nintendo consoles, it was nice to have a port finally available, and exclusive for the Genesis.

The visuals are nice, and this game actually does show some of the hardware capabilities the Genesis can display. I know on the SNES Contra, that game has some 3D affects that I am for certain that the Genesis could not handle, but Hard Corps all in itself, shows a new visual masterpiece that the Genesis has at its helm. 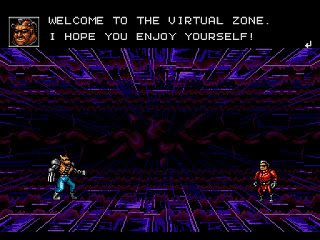 Everything about this game, just screams 2D visual feast, and the most appealing part about the title is of course the difficulty. It’s one of the more unforgiving titles on the Genesis, but the gameplay is great and runs fantastic. So albeit death is right around the corner, it does indeed keep you gripped to the controller to finish each map. And speaking of which, all maps/levels have a new development, whether you be flying, or floating, or whatever else scenario you can imagine, this game has it. It’s not a boring side scrolling beat ’em up. no this game has good reason to keep you on your toes, because the later levels literally knock you right off your toes and into the sky. 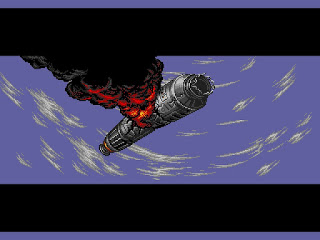 I always liked this game, because I have fond memories of playing it co-op over the internet, with a long time friend. We would wrestle the 1st map, over and over, trying to save all the lives that we can. But like I said earlier I think the game is a bit more difficult on two-player.

Well I finally was able to beat the game, and it was a anti-climatic ending, but an ending all the same. A game like this, when you beat it, it’s considered an accomplishment. 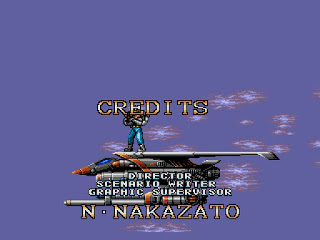